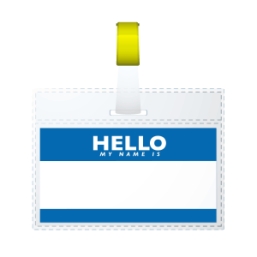 There’s a woman who I know from a local professional organization. We’ve been “formally” introduced multiple times. After the first time we met, I knew her name, her face, we traded cards and connected on LinkedIn.

The next time I saw her, I said “hello” and she introduced herself as if we’d never met. I wasn’t really offended because not everyone has a knack for names and faces. I let her know we’d met before and where.

Meanwhile, I’ve been getting emails and LinkedIn messages from her to support her nonprofit organization through monetary donations or volunteering. At least twice a month, I get a message from this woman asking me for something.

The third time we “met” I was a little annoyed at her re-introduction and didn’t spend much time after shaking her hand, because I felt like she would ask me for something again.

Then last week, I was at an event with a colleague and she entered the room and greeted my colleague, who then asked her, “Do you know Rachel?”

She said “No” and tried to introduce herself for a fourth time.

On a personal level, it’s extremely frustrating to seem so forgettable. These four introductions and constant digital “asks” left me screaming internally, “LEARN MY NAME!”

It says a lot about you as a communicator if you can’t actually build a relationship with your audience. If you want something from me, I’m more likely to give it to you if I feel like you know me, you get me and you might have something to offer me in return.

Before you inundate your audience with promotional messages, make sure you know them. Who are they? What problems do they deal with? Can you be a help to them as well or do you just want their dollars? You can’t have a one-sided relationship with anyone. This woman is no longer a part of my professional network because clearly she doesn’t want to be a connection… unless I’m giving her something.

How do you engage with your audiences in a way that builds a relationship rather than tears it down?